As Canada Day celebrates its 148th birthday, I celebrate Canada’s triumphs. Next to the United States we might seem insignificant but remember,  looks are deceiving.

Maclean’s Magazine published a Canada vs. America issue proclaiming “99 Reasons Why it’s Better to Be Canadian: We’re happier, fitter and richer and our kids are smarter too.” You can read all the statistics in a July 8, 2013, edition of Maclean’s.

Of course, I read this issue with glee. I am not competitive in my personal life, choosing to also praise and exhort others, but I have an ingrained, historically rooted compulsion to challenge the powerful country to the south of me. Perhaps it is a David and Goliath syndrome. Here is a list of why I love Canada. Some of  the stats come from Maclean’s.

Our home and native land!
True patriot love in all thy sons command.

With glowing hearts we see thee rise,
The True North strong and free!

From far and wide,
O Canada, we stand on guard for thee.

God keep our land glorious and free!
O Canada, we stand on guard for thee.

O Canada, we stand on guard for thee.

We are more popular than Americans; wearing a maple leaf on your backpack means people treat you well in other countries.

We say, “eh” at the end of sentences. This is a word which reaches out in agreement while the American word huh tacked on sentences sounds like the speaker is a dimwitted.

Canada has one square kilometre of land for every three people

Our banks are better- 4 of the top ten in the world are Canadian, the top U.S. bank is ranked 9th- the Citigroup

For our population, we break more Guinness world records.

Our government does not kill people; capital punishment was abolished in 1776 and no one has been executed since 1961. The States has 3,125 prisoners on death row.

We are more fit with 35.9 Americans are obese and only 24.5 OF Canadians are overweight.

We live longer- an average of 3 years longer than Americans

Americans always make fun of us because we are polite; we always say. “I’m sorry” but researchers at the University of Waterloo say good manners boost happiness. Apologizing to the police for speeding results in an average drop of $51 in fines.

The wilderness — we still have lots of it.

Our roads are safer.

Fewer homicides per person and mass murders are rare

Our national animal, the beaver, is industrious and rugged

We lead in quantum computing.

Our judges are appointed not voted in.

We can read the cereal box and road signs in two different languages.

There is a whole T.V. channel dedicated to politicians bickering.

We dominate hockey; it is Canada’s game

We get more paid holidays. 23% of Americans get no paid time off. ALL Canadian workers get at least 2 weeks paid vacation + 9 paid public holidays

Newfies – I love their accent and sense of humour. They are the salt of the earth

The north is a land of untouched beauty

Easy geography classes: we only have ten provinces and three territories

Excellent education system; our 15 year-olds score in the top 10 of 65 countries. American kids are #17.

Lots of immigrants — this is the place people from all over the world want to come to!

Our Government apologizes for past mistakes!

The Queen and other Royals visit us

Our corporate taxes are lower

When spring comes, we appreciate it

We know how to make good, strong, HOT tea

Coffee Crisp … Only available in Canada!

We’re less pushy than some other countries

We let everyone come here, and do their thing. Even if they wouldn’t do the same for us.

Ketchup chips … only in Canada.

So many rivers and lakes- I live in South- Eastern Ontario which is called the land of a thousand islands.

We have coasts on three oceans

Second largest country in the world

Largest prosperous country in the world

Aboriginal people who have fought in all the wars, with an astounding war record

No one ever won between the French and the English: we just compromised!

Every landscape imaginable, all in one magnificent country 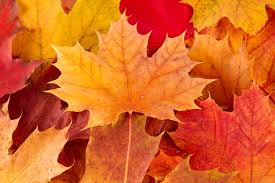 Lots of hockey rinks, great outdoor skating rinks in almost every village, town and city. We even have one and our population isn’t even posted

Icicles- some extend for 3 to 4 feet from our roof.

The longest skating rink in the world on Ottawa’s canal

We spell colour and neighbourhood the right way

We are proud of our British roots

We love to make fun of ourselves

We love to make fun of people who don’t know anything about us, especially Americans

Terry Fox was one of us 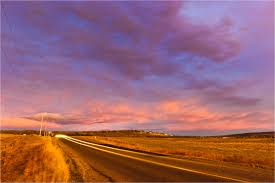 The change of seasons